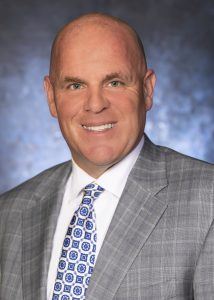 Richard M. Sweeney, current Business Manager and President of Iron Workers Local 399 and second-generation iron worker, started his career with his apprenticeship in 1982. He worked in the field for many years while also becoming an Apprentice Fund instructor. He then moved on to become an Organizer with the Local and then Financial-Secretary/Treasurer. In 2012, Richard was elected Business Manager of Local 399; a position he has held ever since. Iron Workers Local 399 have a membership of over 1000 members and cover the southern New Jersey region.

Various board appointments and trustee positions include Delaware River Port Authority commissioner (appointed by Governor Corzine in 2009), Board member of the Evesham Township MUA, Trustee of the Iron Workers District Council of Philadelphia and Vicinity pension and healthcare fund, Treasurer of the Southern New Jersey Building Trades Council since 2009, active member of the HERO campaign organization, which promotes designated drivers and safe driving and volunteer for the Union Organization for Social Services. Richard also earned his B.A. in Labor Studies from the National Labor College in 2003.